Learn more about our Nauka Clan, the Team of Nauka Teachers and the History of Nauka. 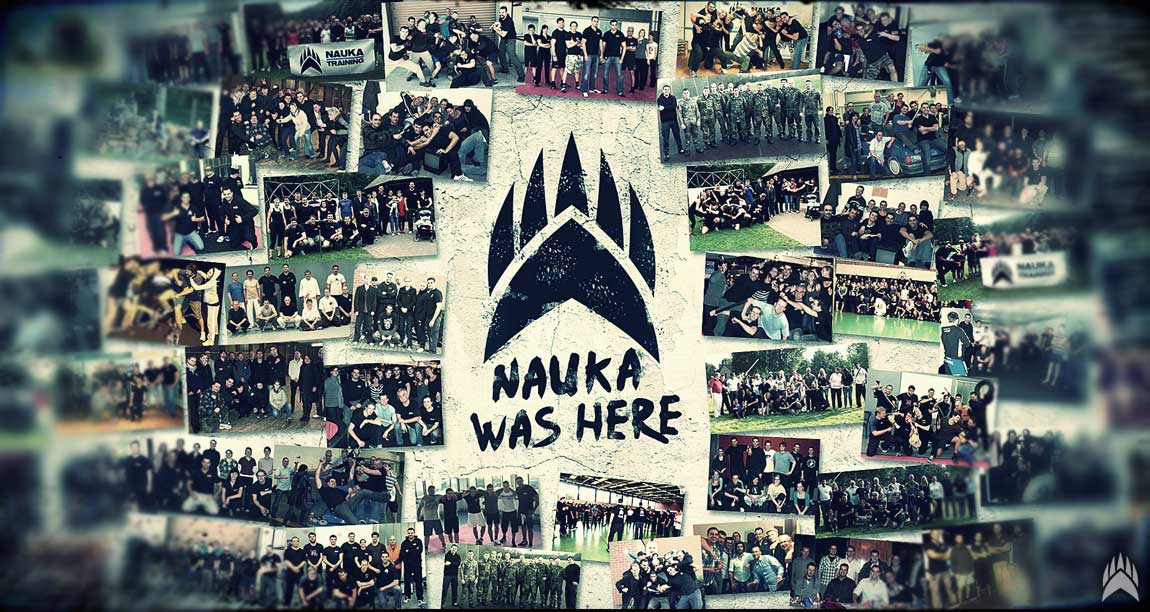 Nauka, “The Science,“ is a fighting style from Serbia. It is worldwide used for Personal Protection, Defensive Tactics and Military Combatives so people can deal with violence.

Since its origination in 1910, Nauka has had one major goal – to defeat enemies in the best possible way, whether they are criminals, soldiers, terrorists or other threats. Another important aspect is the positive effect on mental and physical health. So in general, Nauka is about the expansion of honorable values and getting home safely at the end of the day.

Violence is a part of our nature and has always been with us. Most people in our societies understand its consequences and try to avoid it. The problem starts with ignoring violence, because some people will exploit this. When violent acts occur to people who have always ignored it, they are mentally overwhelmed by the situation and are not able to respond properly. This can be life threatening.

Nauka was born and raised in the streets and battlefields of Europe. Therefore, Nauka knows the problems of violence and offers a complete training. It uses centuries-proven war arts and adapts them to the conflicts of our time. To successfully protect against modern violence, one must first understand it and you better know the environment in which you move, because this is the environment in which you will have to defend yourself. Street mentality is a world unto itself. It has its own languages, cultures, rituals and rules. Not for nothing is such an environment called the „Concrete Jungle“.

Nauka focuses on the cultivation of intelligence, emotion and instinct, while using simple movements. It works as an update of innate human protective mechanisms. This keeps it functional in extreme situations, where highly demoralizing conditions are involved, like fatigue, improper gear and equipment, unfamiliar and varied terrain, injuries, emotions, armed and multiple opponents.

A major strategic concept is the Nauka Conflict Matrix, which emphasizes 5 solutions to deal with conflicts. Each phase has its own sub-sections and special training methods. A Naukan will learn things like avoiding potential conflicts, prevention and preparation, timely exit of conflicts, rapid escape, exploration of safer places, confidence and strong outside appearance, verbal de-escalation and commands, first aid, necessary escalation and proper use of violence (worst case). Nauka is divided in Combat (fighting and defense), Survival (Skills for extreme situations) and Tradition (historical culture and martial arts). More info on this can be found here.

THE NAUKA CLAN – HOME OF THE NAUKANS

From ancient times until today, people like to surround themselves with like-minded people. Members of the Naukan Clan, or “Naukans“ are no different. They form a worldwide family of brothers and sisters united in the Nauka Clan, where freedom and community are preserved through loyalty and respect.

The Nauka Clan is deeply rooted in the chivalry of the Serbian culture, as this is the founders‘ personal heritage and their source of power through their own history. We also believe in human nature and that a person can do good or evil things in life without any connections to their origin. We actively seek out people who are doing good things and have a positive outlook on life. As a Naukan, you must be open-minded and respectful to other Naukans. All cultures are welcome. As we have all experienced suppression in our history and in our societies, we do not tolerate cultural, racial, religious, political, or gender-related suppression or discrimination in our Nauka Clan. Although occasional jokes might come from other Naukans, nothing is meant to be disrespectful. In the end, we are all part of the same Clan – We are Naukans.

The Nauka Clan offers a great network, where Naukans are helping out other Naukans, whether in their private or in their working life. Everybody has something he or she is good at and it helps to talk to experts from different professions to share experiences. In addition to ordinary civilians, Naukans consist of professionals across all sectors, such as companies, organizations, law enforcement, military, rescue services, security services, schools, celebrities, sports athletes, stuntmen and many more. Every Naukan profits from the Clan and every Naukan can give back to the Clan. This is our strong community.

Nauka Clan Members are wisely chosen. Traditionally, this comes from the strict rules in the Communist Era in Yugoslavia, but also from older times under different terrible occupations. The Nauka ancestors had to be clandestine about their heritage. Their culture, their faith and their Nauka Fighting Style were all practiced in secret. Today we are free to do what we want, but we still keep this tradition, as we do not want the wrong people in our Clan.

Nowadays, we live faster and faster, with more tension, less time and more threatening violence in between. The Nauka Clan serves as a stronghold for like-minded people, who share honesty, respect and loyalty. Naukans regularly come together for meetings, parties and other events. They are also involved in many chartity projects, to help those who need it. Naukans live as heroes of their own life. If you like to join the Nauka Clan, follow the link to the Membership options.

The unity of the Nauka Clan is represented by the “Nauka Bear Paw” Logo. Even though Naukans have a different origin, they share the same attitudes, as well as their passion for the Nauka Fighting Style and their Nauka Clan. They identify with the logo on flags, clothes, patches and other media. Some examples are shown in the Nauka Gallery.

THE NAUKA LOGO – BRAND OF THE BEAR

Our Symbol and Coat of Arms is the “Nauka Bear Paw” and is explained like this: 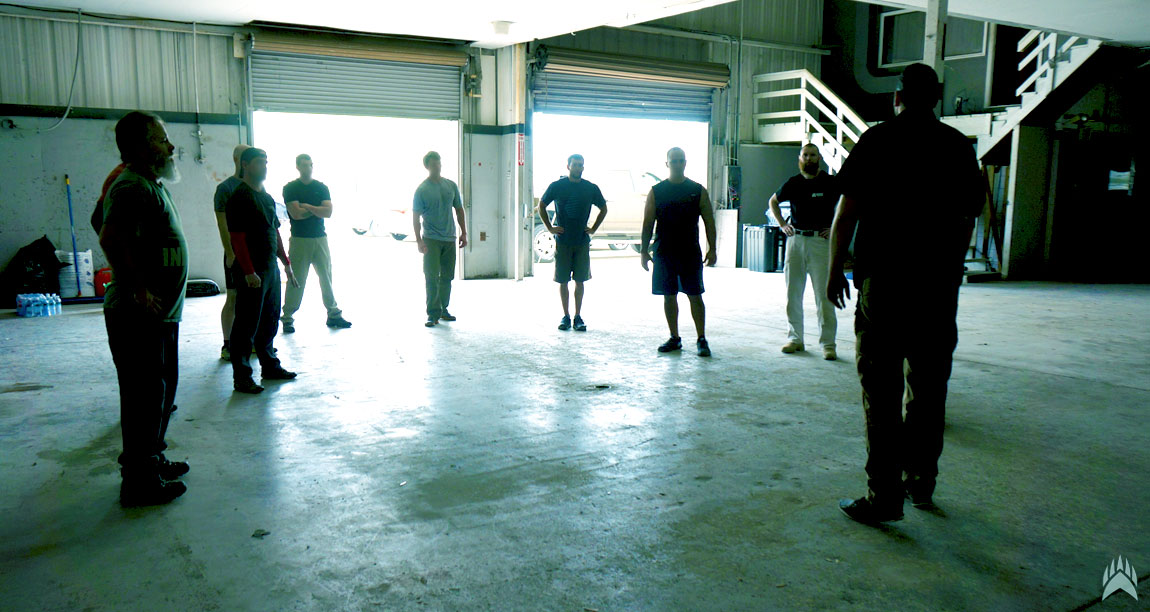 THE NAUKA HISTORY – MADE IN SERBIA

Freedom and health have always been the highest desires of man. However, since they are always in danger, they have to be constantly protected. So it was in this history.

Serbia in 1910: A young man, Blagoje Stojanović, successfully participated in the family business of wine trading. During this time, he and his people traveled by horse and carriage and by foot through the countless roads, forests, mountains, taverns and ports in the Balkans and in Europe during the early 20th century. These trips were very dangerous and one could easily become a victim of bandits and assassins. They were faced with numerous attacks, but one day, the bandits killed many workers and wounded Blagoje. He was left for dead, but he survived. The wounds healed, but the incident made him think deeply about how to defend himself in such situations. So he began his research.

His father was a war surgeon and fought in the Balkan Wars from 1912 and 1913 to liberate the country from foreign rule. The family had deep roots in the Hajduk culture (asymmetric warfare and survival tactics) and participated in different engagements, like the famous Battle of Čegar, with a direct frontline through their village. These facts were a dwell of knowledge.

Soon after, in 1914, the First World War began and he had to fight as a Soldier to protect his life, his family and his country. When he came back from war, Blagoje had already developed a method to defend himself. He leaned on his passion for the old Slavic folk martial arts, the tactics of the Hajduk resistance fighters, his experiences from the war and his travel adventures. The style worked against multiple opponents, in all positions, under any circumstances, with or without weapons. His internal strength came from his faith, and he protected his life with his fighting style, which had no name yet.

Other people appreciated his skills and wanted his protection on the road. By this time, he gained respect from good and bad guys alike in the Balkans and some Ottoman bandits gave Blagoje his nickname „Belaj“, which means „Trouble“.

He passed his teachings to his son, who made his own experiences and after his return from the Second World War, he passed it on to his sons. The style has been constantly evolving and was notorious for its effectiveness. In the time of the Communist Regime in Yugoslavia, there was a strict ban on martial arts and only the military and the police was permitted to train them. In order to not attract attention, but still continue their traditions, they met secretly, chose their training partners very carefully and devised a code name to speak of it: naša nauka – “our science.“

From this code word derives the current name of the style – Nauka.
The manner of selecting members, has been unchanged to this day. Fortunately, the training is no longer forbidden, but by that it is sure that not the wrong people are trained and there is a common respect shared among the group.

Beside all the hard proofs of life through which Nauka led the family, it always was and still is important for them to live like gentlemen. Honor and respect are the highest values and an important part of Nauka.

So today, the latest generation of the Stojanović family holds up the proud tradition of their ancestors and shares it with others so they can protect and enhance their lives, too.

In the year 2010, after exactly 100 years of exclusive family tradition, the Nauka Fighting Style was made publicly accessible and continues to save lives worldwide.

“To successfully defend against something, one must first understand it.” Nauka Codex

The Nauka Fighting Style was developed progressively over more than a century. Again and again it has proved in practice. The main influences of Nauka are: 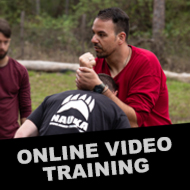 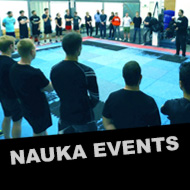 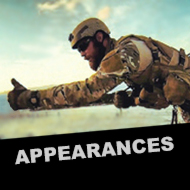 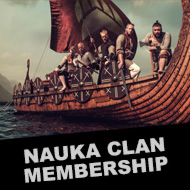